Esti Event: FIighting the odss: a look in to the war on talent in Amsterdam – IT Jobs

FIGHTING THE ODDS : A LOOK INTO THE WAR ON TALENT IN AMSTERDAM’S TECH SCENE

“Oh, I wish I had studied computer science.” Quite a common phrase these days. With digitisation taking over more and more aspects of our everyday lives, being able to code has become a superpower, and is even becoming more and more, a standard requirement. With the supply of tech applicants nowhere near meeting the growing demand, the tech scene is currently facing a «war on talent».

FINDINGS – THE STATUS QUO OF THE AMSTERDAM TECH SCENE

With the tech scene having an increasing influence on the economies of metropolitan area’s worldwide, Amsterdam being no exception, the different economic bodies of the city of Amsterdam have come together to research the issue at stake, join forces and come up with feasible solutions.

Over the past few months The City of Amsterdam, Amsterdam Economic Board and Startup Amsterdam have met with the local tech ecosystem to examine the status quo and explore what role governmental bodies can or should play.This has resulted in the white paper attached, which describes the following conclusions and actions.

We found that the fight for tech talent is indeed extremely fierce, with wealthy London and sexy Berlin being strong competitors. Most wanted are by far front and back end developers. To give an indication, earlier research concluded there are currently 26 vacancies for every junior IT talent in the Netherlands(!). Our research confirms the severity of this issue. Moreover, the demand for data scientists is on the rise, and even though it is still much lower for developers, it’s nearly impossible to attract a good data scientist to Amsterdam-based tech firms. Regardless of current HR standards, many tech companies have their developer and data scientist vacancies open non-stop, to make sure they do not miss their shot.

The majority of these data scientists and developers come from abroad with tech teams being the most internationally oriented teams. On average, the tech teams consist of over 70% non Dutch employees. This means these firms normally recruit from abroad and when hiring someone, the employee often has to be relocated to the Amsterdam region.

A difference we found is that the smaller tech startups hire a large amount of medior or senior talent, whereas the larger tech firms take in more juniors. The smaller startups have less time to train and monitor juniors that are not able to fully understand the systems, techniques and development languages.

We furthermore confirmed the existence of a gap between education and the tech market. First of all, the amount of students that pursue a tech-education is relatively low, with only a couple of hundreds of graduates per year. Second, tech-oriented curricula do not always match the skills that are requested in practice. Tech firms state having to ‘retrain’ their employee in coding languages and other pragmatic approaches. Thirdly, the connection between tech companies and universities is still young and unstructured, with tech firms often not knowing where and how to scout at educational institutes.

Continuing on education, the tech market is still dominated by HBO or WO backgrounds but due to further professionalizing more pragmatic tasks and jobs are occurring. A noteworthy fact, and prime example of the shortage, is that the best tech developers often turned out to be dropouts, landing or creating a job before having finished university.

A LOOK INTO THE FUTURE

Last, we asked a small panel of tech CTO’s what changes they foresee in the required tech skills. The conclusion was that knowledge of new technologies technologies such as AI and VR are still ‘nice to haves’ and have no priority yet, with data science and development/coding still being the core of tech teams for years to come. What we did find furthermore with most tech firms was a strong increasing demand for DevOps skill sets. Most tech firms, both small and large, required their developers to have more of an all-round skill set, for example being able to build, but also maintain a platform.

Our white paper ends with a range of initiatives from the city in collaboration with the tech ecosystem, of which some were started before and some as a result of the research conducted. Examples include a tech house providing a soft landing place for international talent; a global campaign combining recruitment and city marketing to attract tech talent as well as promoting the local ecosystem, tech re-educational institutes and the future inclusion of lower education (MBO) in these, and possibilities for creating a stronger link with traditional education institutes.

These insights and action points provide input, and to some extent, a guideline for Amsterdam as well as other (aspiring) tech hubs. We call upon local government, education institutes, the tech industry, and politicians to join the mentioned initiatives, increase collaboration with other parties and start initiatives of their own. Joining forces will increase opportunities for tech talent, and subsequently this will increase the country’s and Amsterdam’s attractiveness and will bring the local tech scene to the next level. 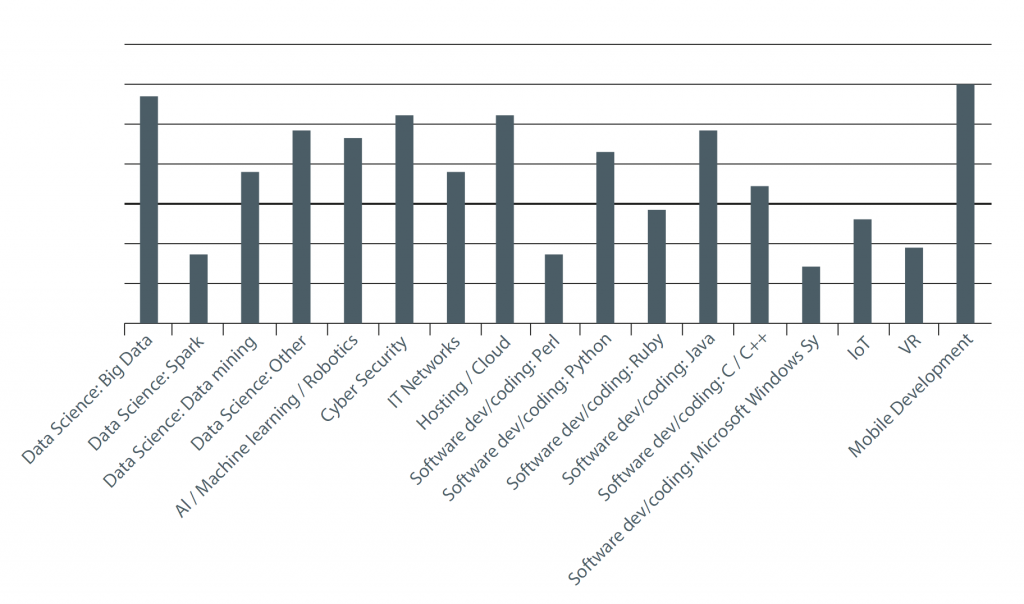