HENK VAN RAAN: INNOVATION IS PART OF OUR DNA

Amsterdam ArenA is the first stadium to dub itself a Living Lab. It is part of the strategy to be able to realise concrete projects to become an example for Smart City concepts all around the globe, offering stakeholder, SME’s, start-ups and students the playground to implement their ideas. “Did you know there are more than 300 smart city initiatives remaining in the pilot phase. We are making a difference; we are making it happen!”The upcoming European Championship 2020 will showcase the projects of the stadium to the fullest.

Two years ago, the Amsterdam ArenA was selected to host four matches of the EC 2020. “We decided that we are not going to invest in quantity, we are not going in the same direction as our competitors and say: if you make 60.000, we are going to make 70.000 seats,” Instead the decision was made to go for quality issues and ethical items like sustainability by investing 50 million euros in the venue to provide customers with a better experience. With this proposition, we are touring around the globe convincing companies to invest and bring their innovation programme to the South East of Amsterdam: the part of Amsterdam where the ArenA is located. The idea is that together with the Amsterdam Innovation Arena programme the project will be executed and will get the chance to make an impact within the Smart City concepts. To realise these projects data being collected and transformed into concrete solutions. 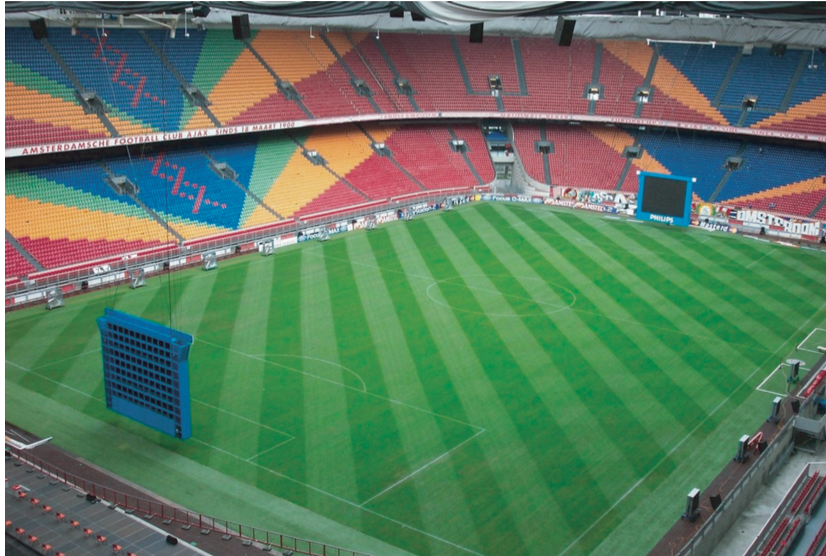 The ArenA is convinced that IoT connects people, goods, services and nature. To this end collecting data is essential by placing sensors everywhere. They can be beacons, phones, cameras and NFC chips. “A good example is our pitch.” The ArenA combines gameplay data with the open data and the grass data to have a better understanding of the real-time quality of the pitch. Now the ArenA has about 40 sensors in the pitch. They measure humidity and temperature to predict vitality. “If we decide to play a concert on the pitch, like the one we will host in September, you can imagine that we have close consultation and discussion with Ajax. We are now able to say: It will take us two days to bring the quality of the pitch back to how it was before the concert took place. All the grass doctors can’t believe their eyes.”

The stadium is also collecting data through social media. For example, during the concert of Coldplay the ArenA followed social media for 12 hours. “Early in the morning we already tracked all communication of people on social media saying: I’m going to Coldplay and I’m leaving then and then.” We also picked up messages from people who suddenly, while already being on the road, realised they had forgotten or even lost their tickets. “In response we sent out a message that if you had lost or forgotten your ticket you shouldn’t panic, because if you had your ID, you could go to the service desk E and would be taken care of. After that social media was booming, everybody posted: This is a good user experience.” 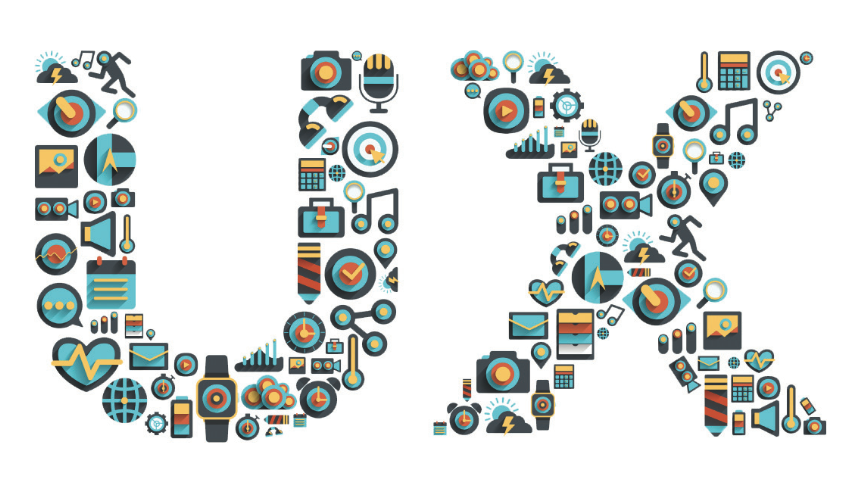 The ArenA invested 7 million in connectivity, not only in Wifi but also in 4G. This was the start of putting extra services on the platform and trying new things. The stadium strives for a seamless full experience journey from your home to your actual seat. The idea is that the experience of visitors already starts in their own living room. This means visitors are already connected to the ArenA, giving the information on how to travel, where to find the entrance and what the best location is to park your car, while having favourite artists already tuning in with the latest details on songs. 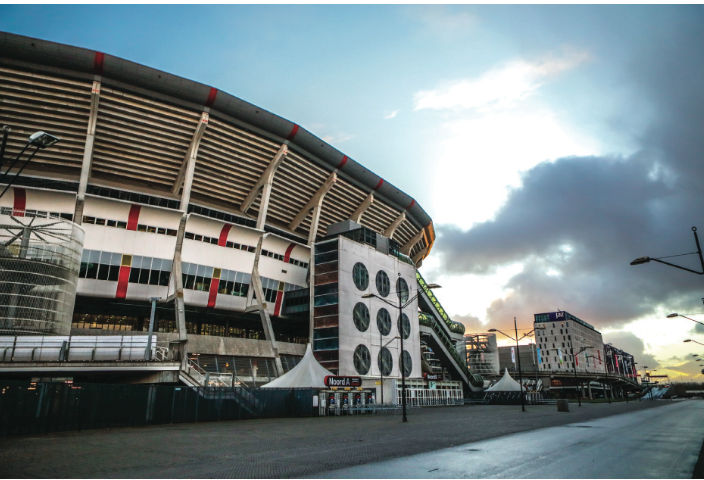 The ArenA goes even further; user experience is not only convenience but also having the feeling of being included. To this end the stadium devel- oped a noise steering application whereby the phone can be taken over without any network. A visitor can decide to be part of the whole experience of the show by downloading an application. When certain songs are being played, the algorithms will be able to change the colours of the phone or show the lyrics on the screen. “So imagine we can say half of the people will be the colour red the other half will be white, now every- body put your phones in this angle, we can make a video.” Apart from a mobile phone application, tracking systems are being used to enhance the feeling of security within the stadium.

The ArenA uses sensors on players, these are put directly on the skin, which are able to track all information of a person, like heart- beat and how fast a person is walking. There are talks that this information will be available to the audience in the future. Stewards and medical people wear Tracking belts. “At a concert with more than 20.000 people it is very hard to know where people are. The tracking system enables us to establish which medic is nearest to an emergency or an accident.” To have all these applications running, continence in energy is needed; for this the ArenA invented a Mega Battery.

The stadium is the first which has built a mega battery that is being used in a commercial building. With this battery you can store the energy produced by a grid operator, which can be used it when needed. To build this battery the ArenA used 280 Nissan batter- ies, which were taken from live cycles for cars. “Before, you couldn’t store this energy: sometimes you got too much and other times too little and this issue became a problem. Now we can put it on the grid, store it and use it when we feel the need.” To build all these projects from the ground up and into a success structure, talented professionals are needed. 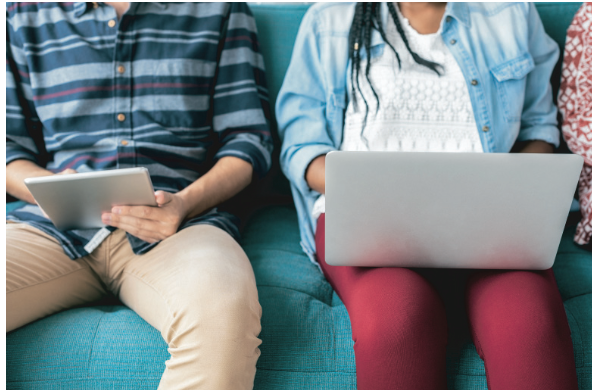 The ArenA has five programme lines. Every Monday information about the progress of all projects are discussed to keep us in sync. ‘’However, when we start a new project or initiative is not always easy to predict the estimated results because you don’t know how things will go.”The hardest part is to keep people motivated to follow the same direction. “When there is some light at the end of the tunnel it works.” It does help that Amsterdam has an open culture: “We are very direct and the bureaucracy level is quite low. This makes it easy to speak to other people, in comparison to other countries and makes the country more attractive to Internationals.”

The stadium has a global aim and has a good understanding of what it means to work with Internationals. “Every time I am working with people from abroad I get a lot of energy.”The ArenA is now starting a new programme with two teams guided by our partners to give young IT professionals ten weeks to work on new project. After it is finished an opportunity to is offered to share this knowl- edge with other stadiums around Europe. “To this end we are striving to recruit international IT professionals and plan to expand the number of teams.”

The initial development team of the ArenA itself consists of 8 people. “Last week I was at Schiphol and saw they are also very innovative and very digitalised.” They asked me: “Henk, how do you accomplish all of this with such a small group of people?” I replied: “Well that is the solution, keeping it small. If you need more people just use additional teams.” Van Raan points out that the other reason for the success of the ArenA developments is that it is regulated by the board. Managers usually focus on profit and commercial profitability while the board looks beyond numbers. The board support with phrases like: “This initiative is good, because learning is also valuable, which really opens the playground of the living lab in creating future solutions.” 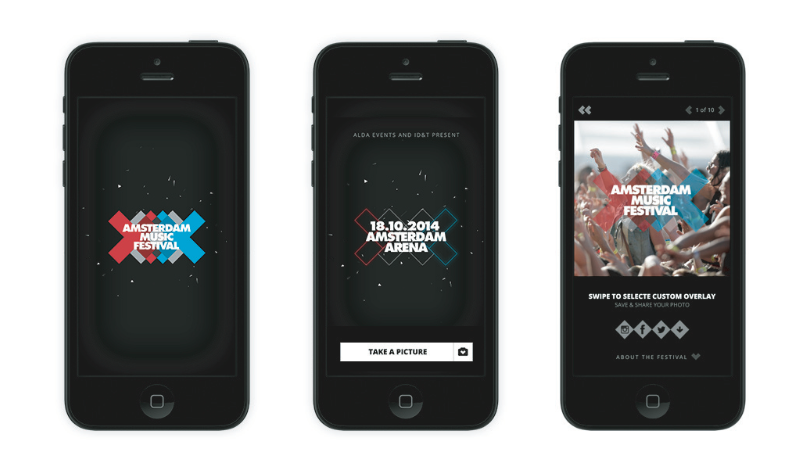 The goal for the future is that visitors will have their tickets already on their phones and there will be no need to check in as they are automatically recognised. “This is one of the issues we are discussing now with Schiphol Airport. Let’s say you come from Berlin to watch the game. The moment you go through customs your identity is confirmed. From our point of view we already know you are coming, so why would we need to check you again when we already know you are here? The dream is that in the future there will be only one check in.” Van Raan added that Blockchain technology can help make this happen.