GLIMWORM: THE IMPORTACE OF OPEN DATA

Glimworm aims to solve big problems with simple and effective ideas to improve the user experience of urban space for citizens and visitors of the city of Amsterdam. To this end several smart solutions apps and the first dual powered beacons have been developed. All these inventions make use of open data that has been made available by the capital city of the Netherlands.

Amsterdam was the first city to dub itself an ‘open platform’. “What sets Amsterdam apart from other cities, is that the data is genuinely open: Spain and France for instance have a good infrastructure, but it’s all sponsored by corporates like Telefonica or Airbus which makes data not really open.” Today these are the conditions that serve as building blocks for progress and innovation spirit of the Amsterdam Metropolitan Area. It comes as no surprise that because of the open data available Amsterdam has won the ‘World Smart City Award’ in Barcelona.

Carter doubts that Amsterdam became an open platform as part of a strategy. It is the result of the open Data movement, that can be attributed to the individualism of the Netherlands that pushed the envelope and the limits of what could be done. “Individuals within departments, people like Cor Vos, communication advisor at municipality of Amsterdam, for instance, took the challenge on to open up the data, with success. People higher up the chain saw that it worked and they immediately tried to maximize what was possible. People like Ger Baron, CTO municipality of Amsterdam have been influential in that.” This exemplifies the strength of the organisations in Amsterdam where the employees can operate quite freely, and rarely stopped from innovating. The open data mobility, supported by a large amount of open source developers became the standard and serves as building blocks for progress and innovation spirit of the Amsterdam Metropolitan Area and in turn contributes to social change of city logistics. 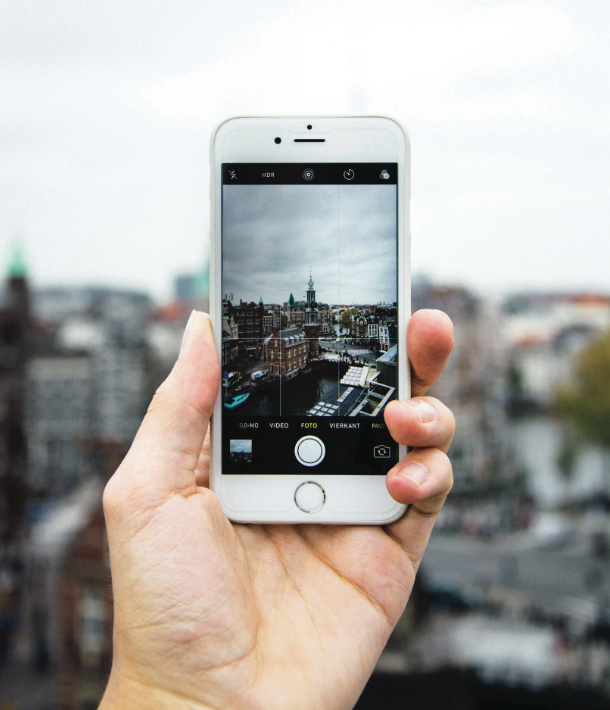 The city doesn’t try and put a value on open data immediately as it takes years before it is clear what the data is being used for as it can be used for different kind of projects: “Now routing data and public transport data are very popular, because everybody wants to be like TomTom, as it generates the most revenue.” He argues however that the most interesting data is the data that people might use to make new apps for very small, unprofitable segments, like for people with impaired vision, or impaired movement. “It will never be profitable, but it’s the most important data you can open.”

It is for this reason important to keep all streams of data, even if they’re not necessarily picked up and made commercial. A lot of places have created a marketplace and ended up opening a lot of data and then closing again, because the conclusion was drawn that it is ‘not profitable’. Carter argues that data that is profitable didn’t even need to be opened, because somebody already would have paid for it. “A hundred people will make a tram tracking app, but only one person will make a blind navigation app.” To keep the niche, market a reality Carter is fighting for: “Institution of the openness of data as a right to the citizen,” by being very active in the vibrant tech scene of Amsterdam, hosting seminars, workshops and more.

The fact that Amsterdam has such a thriving technology community has to do with the core Dutch mentality. Even though the Netherlands is a pretty important country, Dutch people always feel that they are a tiny country and need to collaborate. “When you arrive, you already meet people who think their entire future is collaboration – not only internationally, but also with each other.” This is very different in the UK and in the US. “There people think the only way you’re going to get ahead is by not collaborating; by beating the competition; by keeping your secrets. It’s completely the opposite here.”

The strong individual freedom is one of the city’s advantages: “There’s a lot of people freelancing, so they’re not bound by corporate rules and regulations – even if they do work for a corporate, they get a lot of individual freedom- I think that’s a mind-set.” He adds that due to the relatively low living expenses people are not constantly feeling financial pressure, so they have time to think widely, collaborate, and join start-ups or developing projects on the side. “If I go to hack events in London, people can’t afford to take time off from work.” There is no time to collaborate and create, because living expenses are much higher and people are under a lot of financial pressure: “The need to earn a lot of money kills innovation.”

He points out that these are also big incentives for big multinationals like Uber and Oracle to open office in Amsterdam. The fact that everyone speaks English well is a big advantage. “It’s just so easy to be here. There is an international workforce, everybody’s friendly, highly educated, there’s no real competitor in that respect.” Due to this factors the quality of life is high and the city can evolve in a fast pace transforming in a new reality of tomorrow.

VISION FOR THE FUTURE

The Internet of Things and robotics Carter sees potential for growth. Carter explains that the Beacons that Glimworm developed communicate directly with your telephone through Bluetooth. The beacons are embedded programmed, which is the same as making Internet of Things devices: “For me, nowadays, that’s what the Internet of Things (IoT) is, connecting two devices together. IoT is a gentle lead-in to what is actually going to be the big boom in the next few years.” Carter emphasises that people that have two (or more) specialisms will become more and more important, because they are the only ones who can breach the gaps between the different disciplines. In the future Carter sees himself continuing to do the things he feels most connected to.