How Amsterdam is becoming the new Silicon Valley

How Amsterdam is becoming the new Silicon Valley

From as far back as the Thirties, San Francisco’s Silicon Valley has been recognised as the king of high-tech business, scientific development and startup innovation. But it may be time to hand over the crown, as the Dutch capital has swiftly become a force to be reckoned with across all these areas.

A city of technological prowess

Amsterdam has always been a hub for tech – global and international alike, home to over 578 international ICT companies (170 of which chose Amsterdam for their headquarters.) And it’s easy to see why: the city boasts Europe’s fastest broadband speeds, it’s ranked fourth globally in app invention and development, and it’s the gateway to Europe and beyond thanks to its well-connected transport links via land, water and air.

In addition, the city is home to the world’s latest data-transport hub (AMS-IX); not to mention, world-leading data-centre experts Equinix just opened the massive new AM4 data centre at the Amsterdam Science Park campus, solidifying the city’s position as the world’s largest internet hub. In fact, a Dutch Datacenter Association report (Dutch link) found that the Netherlands’ data centre market grew by about 15% in 2016, continuing a yearly trend of double-digit growth over the past six years. Couple this with the population’s remarkably early adoption of technology, and you’ve got the perfect testbed for new tech.

The high calibre of tech companies in the city speaks for itself, and many Silicon Valley companies themselves have set up shop in the city, including Google, Uber, Salesforce, DoubleDutch and Cisco. Naturally, there’s a whole host of world-class homegrown companies, too: TomTom, Booking.com, WeTransfer and The Next Web, just to name a few. 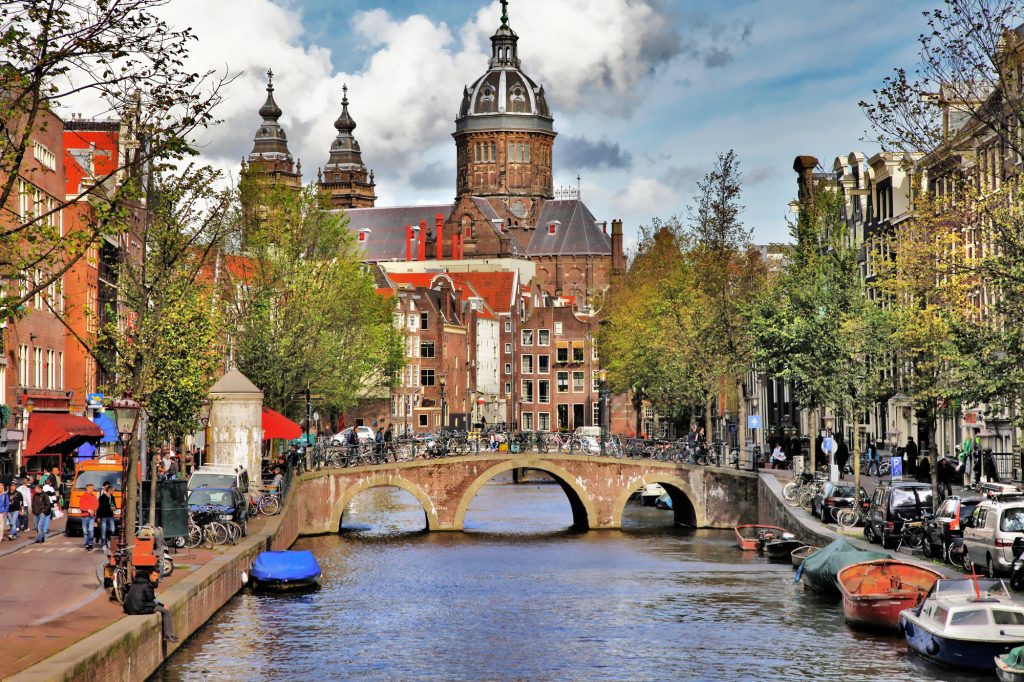 Just like Silicon Valley, the Dutch capital is a magnet for tech talent, boasting a talent pool of over 250,000 techies, ICT nerds, devs and experienced tech innovators. And this won’t change anytime soon; as well as attracting international young professionals with its enviable work-life balance, cool cultural agenda and village-like charm, the city’s international students are encouraged to stick around after graduation, thanks to initiatives such as the International Talent Event Amsterdam(ITEA), which matches the city’s international students with suitable jobs.

Amsterdam is striving to strengthen its homegrown tech talent pool, too (which is already great, truth be told.) For example, Coding for Amsterdamhave made it their mission to ensure that children in the city’s primary schools are learning the 21st-century tech skills that matter. And the city’s universities are getting serious about these areas, too, as proven by the recent opening of the Amsterdam School of Data Science – a collaboration between four major universities that offers over 250 bachelors, masters, postgraduate and professional programmes. The school collaborates with some of the biggest companies in tech, including Google, Facebook and Philips, so it definitely means business.

A city of scientific and technological development

Silicon Valley is famed for its cutting-edge tech and science projects; the area was even named after its innovations in silicon-based integrated circuits during the Seventies. Of course, the region went on to develop many other key technologies, including the microprocessor and – subsequently – the microcomputer. Fast forward to 2017, and Amsterdam is following a similar path in a 21st-century setting, leading the charge in industries such as AI, nanotechnology, FinTech and virtual reality. Much of this innovation is happening at the exceptional Amsterdam Science Park. Home to over 120 businesses and research institutions, the 70-hectare science centre has a heavy focus on state-of-the-art science and tech.

For instance, the UvA, VU, the Centrum voor Wiskunde & Informatica (Centre for Mathematics and Computer Science, CWI) and the Netherlands eScience Center (NLeSC) recently joined forces at the park to collaborate in the fields of data analytics, visualisation and image recognition, machine learning, deep learning and artificial intelligence, with some exciting developments already well-underway. Also, nanotechnology research at the park’s Advanced Research Centre for Nanolithography (ARCNL) is set to change the world as we know it, and the complex’s addition of a Startup Village – packed with high-tech and science-based startups – guarantees even more innovation in the years to come. 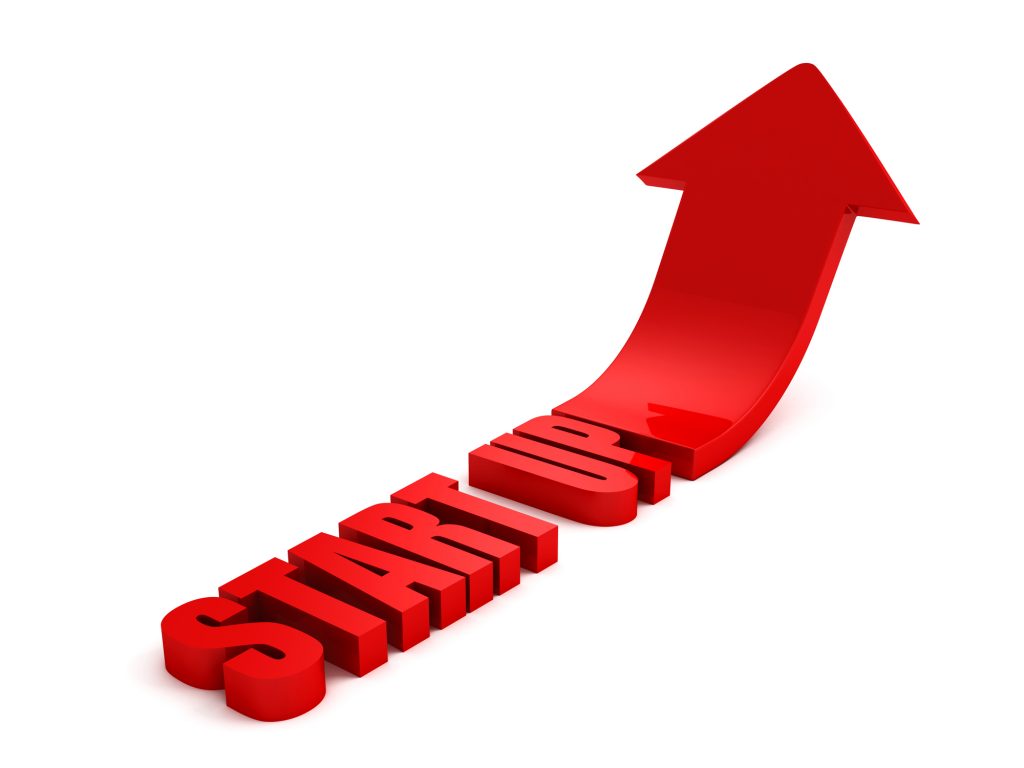 Speaking of startups, the very thing for which Silicon Valley is most known, Amsterdam’s startup scene is thriving as of late. In fact, the city’s startups received funding of €194m last year – a whopping 76% of the Netherlands’ total startup funding, with tech companies (specifically FinTech and MedTech businesses) faring particularly well. The city’s startups are also at the forefront of the world’s MadTech industry, mostly due to the city’s strong business support links. Find out more here.

Perhaps the most impressive sector in Amsterdam’s startup ecosystem is FinTech, which is truly flourishing and making waves worldwide. For example, one of the Netherlands’ very first unicorns – a startup company valued at over one-billion dollars – was Amsterdam-based Adyen, who now provide payment solutions for Airbnb and Uber. Other cutting-edge FinTech startups based in the city include Bunq and Lendex, and startup support initiatives such as Holland FinTech ensure that it’s easy for small companies with big ideas to break into the scene.

It’s not just support for FinTech startups, though – the city fully caters to companies across all sectors, with a recent focus on social entrepreneurship and impact.  And the city’s investment funding landscape – including an array of seed, early-stage, late-stage and strategic VCs – means securing funding is transparent and simple, especially when it comes to high-demand sectors.

Getting your startup up to speed in the Dutch capital is pretty much a non-issue, thanks to the city’s impressive range of startup co-working spaces, tech academies, events, accelerators and incubators; plus, the handy startup visa makes it easier than ever to relocate to Amsterdam. Of course, StartupAmsterdam is at the centre of the ecosystem, stimulating innovation across all sectors and inspiring startups to connect with corporates, investors and talent. They even designed their own Amsterdam startup map, which is the ultimate overview of Amsterdam’s startup ecosystem and a key asset for the city and its business community. One thing’s for sure: by 2020, when people talk about tech, scientific innovation and startups, Amsterdam’s successes will come up just as much as Silicon Valley’s. View original article: here

Amsterdam is one of Europe’s leading tech-hubs. Companies are enhancing their international orientation in order to draw in talented internationals who can help them realise their projects . Esti, IT recruitment Amsterdam, attracts and retains international IT talent by guiding companies to develop a culture in which international professionals thrive.
The perfect match is not only about meeting 100% of the requirements but most of all about change, progress and new experiences. Esti focusses on the personal motivation and ambition of each professional.
Find your IT specialist
Leave your resume
IT job openings
7 Like!
Recommend
Share
Tagged in
Leave a reply